A Tale of Two Weeks — Digital Makes the Difference 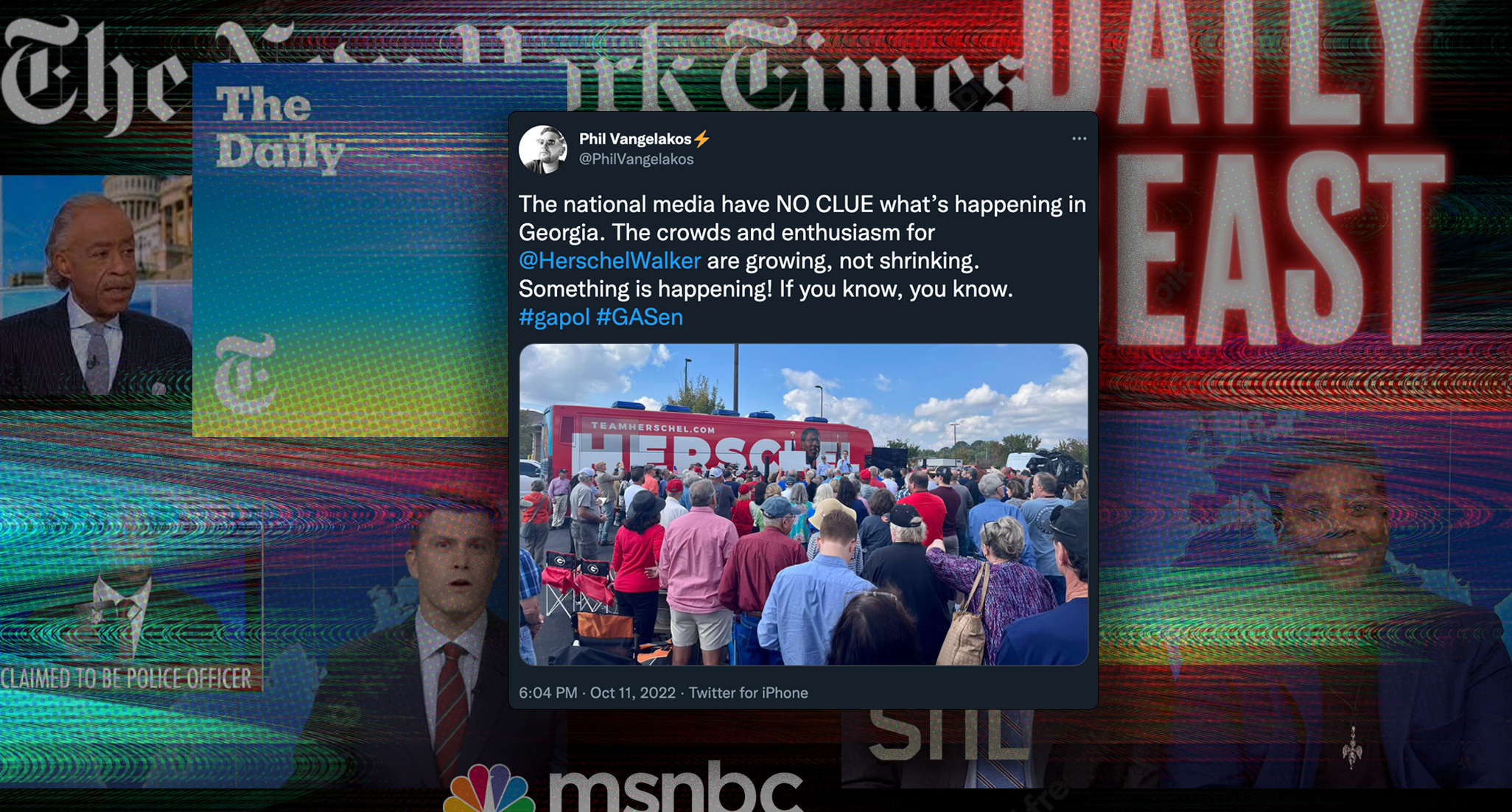 Just a little over two weeks ago, the liberal media waged a full-scale war against our client Herschel Walker. From Democrat rags like the Daily Beast to institutions like the New York Times, everyone was taking a swing. Kennan Thompson even took some cheap shots when he played a satirical Herschel on the season opener of SNL!

Clearly, Walker’s momentum was giving liberals heartburn, and the knives were coming out. They were ready to wage war before his debate with Warnock to bring him down and keep their GA senate seat. So what happened??

Little did they know what they were walking into. After a coordinated hit from every facet of the media, we countered with a digital strategy that not only held ground…it actually has proven to capture momentum. As of this writing, Warnock loses points every day with the vast majority of polls showing a statistical dead heat. Here are just a few samples of the content we’ve produced in two weeks.

We know they want to distract Georgians because when they are reminded of Herschel’s story he wins.

Phil is right. The left is ruthless. But Herschel Walker and the team at Push Digital are relentless. You’ve seen what a difference digital can make in two weeks. All the TV is bought up. It’s too late to print. Digital is your last opportunity to win. What will you do with your last two weeks?

We’re the team that fights for you. Finish Strong!